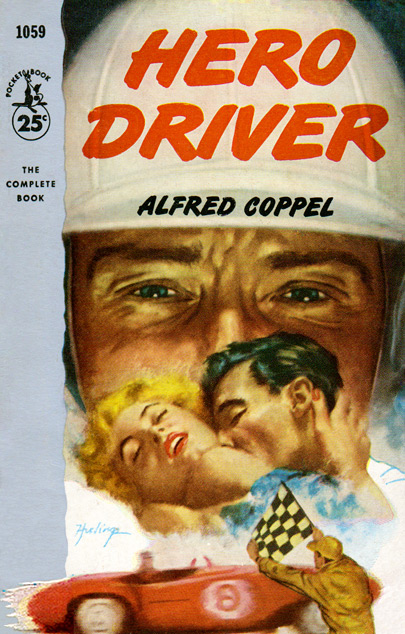 From the back cover:

The two most dangerous games in the world are sports car racing and women. Scott Warren was an expert at both!

“When you’re number one like me, they hate you but they’ve got to come to you. The people with the money. The men with the cars, The women.” That was Scott Warren’s philosophy.”

In the big race, Scott would be driving Miles Fenton’s sleek Ferrari. Between races, he had Fenton’s wife, beautiful and expensive Moira. Then Scott met Julie, a little Hollywood tramp….

Hero Driver is fast, tough and authentic. Written by a veteran racer, it is the first American-scene novel about the blistering madness of high-powered sports cars.